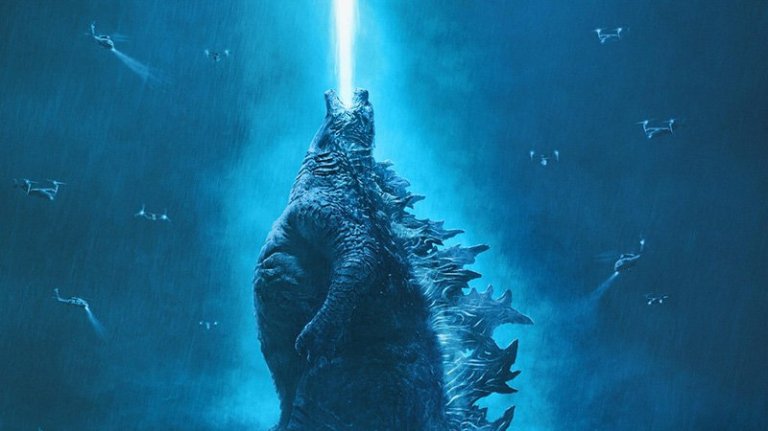 Legendary’s MonsterVerse is still yet to prove itself. After laying its foundations with two reboots of classic movie monsters, courtesy of Gareth Edwards’ ‘Godzilla’ and Jordan Vogt-Roberts’ ‘Kong: Skull Island’, this new cinematic universe has become divisive to say the least. Nonetheless, healthy box office returns have ensured its continuation and its third entry, ‘Godzilla: King of the Monsters’ is now stomping its way into cinemas.

With a whole host of other monsters joining Godzilla this time round the plot and scale of this story is the most ambitious the MonsterVerse has seen to date. The most interesting element of this is some ethical character motivations which sparks up an intriguing debate right at the core of the story. It’s a shame that nothing is done to develop or sustain this and other than this plot thread the film is largely uninspiring. It continually adds plot developments, all of which require a lot of exposition and the continuous onslaught of this becomes exhausting and leaves audiences uninterested in whats on screen. The writing for the characters is better than we’ve seen in previous installments but it’s still not good enough to warrant any investment from audiences. Despite the film’s talented cast and their competent performances not enough is done to achieve a high quality of human drama. Viewers are forced to endure this over complicated plot and boring character drama when in all honesty a large proportion will just want to see monsters fighting to the death.

Unfortunately this most crucial element for any monster movie is also a disappointment. Now the visual effects used to create the numerous monsters here is of a good quality but it’s never showcased in an impressive way. Gareth Edward’s ‘Godzilla’ came under fire for teasing the titular monster too much rather than showing him in all his glory. In this instance there’s less teasing but more obscuring. Nearly all of the major fight sequences here take place under the cover of snow, smoke, water or fire and as a result it’s a challenge to fully appreciate the effects work here or properly witness the action. This isn’t helped with the frantic cuts present in some sequences and frankly quite dull fight choreography. What’s more the stakes aren’t high enough within these fight sequences as with no connection established to the human characters the outcome is of no real importance to audiences. Subsequently the final act of the film suffers greatly, serving as nothing more than a lifeless, monotonous and generic special effects showdown which will have viewers willing the credits to roll.

Therefore ‘Godzilla: King of the Monsters’ follows very much in the underwhelming footsteps of its predecessors and fails to give the MonsterVerse its first real success. The visual effects that have given birth to the monstrous creations here are done a disservice in the way in which they are presented, never creating the awe that they should. Ultimately although the film shows promise in its opening scenes it simply can’t deliver the scares, fun or emotion nessecary to make a memorable monster movie.

Question: What is your favourite Monster movie?
(Leave your answers in the comments section below!)

3 thoughts on “Godzilla: King of the Monsters”