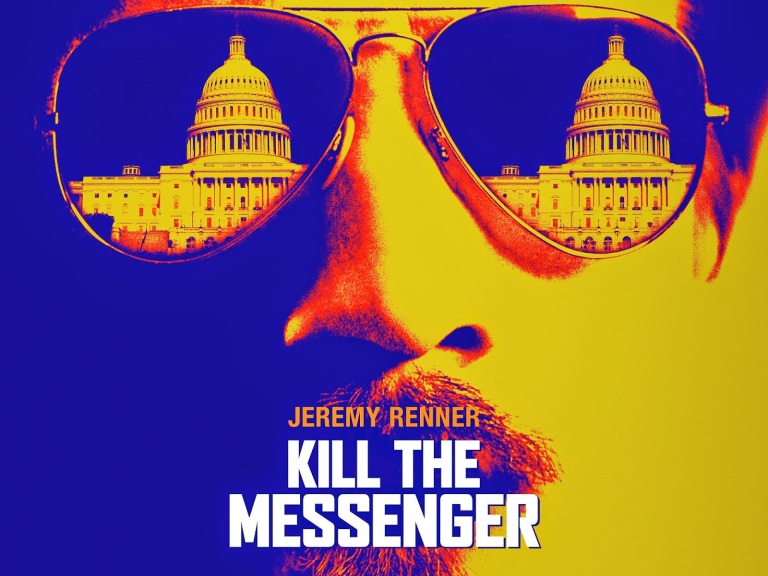 Kill The Messenger had slipped completely under my radar until I checked the cinema listings for this weekend. I love when this happens, I was able to go into this film with no prior knowledge about it and not having seen a single trailer. I wish all films could be like this as it really adds something to the experience.

Anyway Kill The Messenger is a film about conspiracies, cover-ups, journalism and family drama and overall it is a pretty good film. My favourite aspect was easily the family drama though. This film got it so right in terms of its characters, the start of the film builds the back story to them and allows you to begin to care for them before anything major happens. This means when things do start taking a turn for the worse these scenes are effective, so many films recently have been lacking in character development so it was nice to finally see some again. One scene in particular featuring Gary (Jeremy Renner) and his son Ian (Lucas Hedges) was my favourite in the whole film, this was due to the brilliant acting and the scene just engaged me in a way that the previous section of the film hadn’t done – it drew me back in maybe just as I was loosing interest. There are other moments like this too and as I say watching this family dynamic was the most interesting aspect of the film for me. Clearly emotion played a big role in these scenes but another element that was exploited well for other scenes was that of tension. Several scenes were so uncomfortably tense that I had no choice but to be swept away with the dialogue of these scenes again making for some really engaging cinema.

The film is predominately about journalism and in particular one story that highlights a possible CIA cover up. This is interesting however I couldn’t help but think that a lot of the really interesting bits were left out and just put in at the end as paragraphs of text, I would have loved to see these parts to the story unfold on screen too. I also think that the film should have been called Dark Alliance (title of the article focused on in the film) rather than Kill The Messenger, it makes a lot more sense and it seems more edgy. The film has a fairly steady pace however there are moments where it dips just a little too low and interest does begin to flag but those moments of emotion and tension that I have mentioned always brought you right back into the film. Jeremy Renner does well here in the lead role of Gary Webb, he demonstrates versatility with this role and he is very convincing throughout. The rest of the cast do well too however for me it is the cast who portray Webb’s family who standout the most. Kill The Messenger has many elements to it and you should find something to engage with, I could see how some may find it a little slow-paced though.

Kill The Messenger is the kind of film that will have you reading up on the true story that it is based on straight after the film just as I did. The film certainly focuses on an interesting event in modern history and its journey to the big screen has been a success, some elements could have been handled better but overall Kill The Messenger is a solid movie. However the thing I think I am most impressed about from the movie was just how perfectly rounded Jeremy Renner’s fingernails are! Seriously, look out for this – he must she a manicurist on a regular basis!