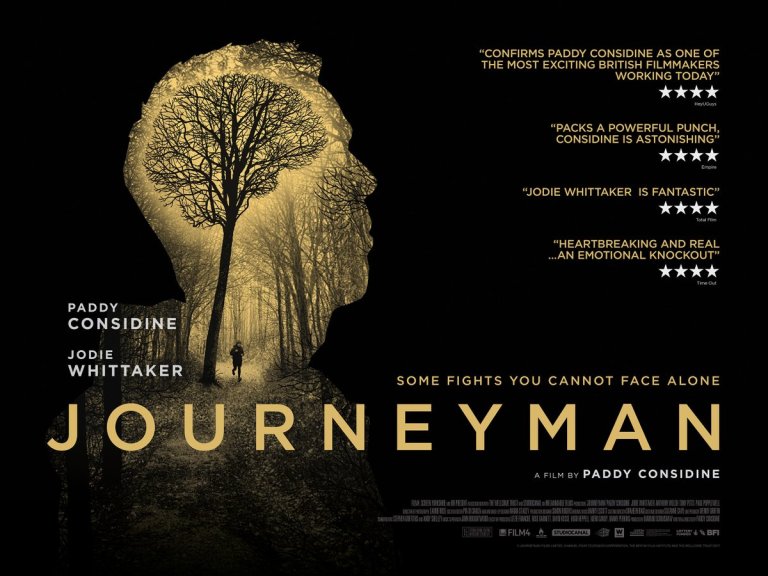 Following up from his 2011 debut ‘Tyrannosaur’, ‘Journeyman’ is the second directorial effort from British talent Paddy Considine. The film follows a middleweight boxing champion as he attempts to defend his title and the subsequent struggles he encounters after sustaining a serious injury in the ring. Considine acts, writes and directs here starring alongside new ‘Doctor Who’ Jodie Whittaker, who plays his on screen wife.

Whilst ‘Journeyman’ follows the same standard boxing movie formula it’s specific content is unlike the majority of what has come before it. Focusing less on the sport itself and more on the impact it has on the athlete and their family. Furthermore the focus on life threatening injury is a refreshing change of pace and it’s good to see an entire film devoted to this aspect which is often neglected in other similar stories. The narrative is streamlined and almost entirely contained within the setting of Matty’s (Considine) family home. This limited setting could easily have made the film tiresome and claustrophobic however the story being told never even thinks about becoming boring. The editing, performances and direction all help to create a range of different atmosphere’s within this one setting having the power to drastically change at any moment. This is consistently complimented by the excellent score in place which always enhances the unfolding drama.

However everything about this film is anchored by the fantastic leading performances. Both Paddy Considine and Jodie Whittaker excel themselves ensuring that this drama is completely involving. Considine gives a transformative performance mastering the numerous physical challenges a role like this demands whilst simultaneously providing the dramatic elements to an incredibly high standard. Whittaker, whilst not required to give as physical a portrayal, equals Considine in every way making for a superb collaborative performance. She brilliantly demonstrates the balance of love, frustration, hope and fear that her character, Emma, is going through. Thanks to these strong performances ‘Journeyman’ is often a heartbreaking experience. The emotion running through the film establishes itself early on and is a constant feature throughout. This element wonderfully highlights the softer side of a sport, and it’s competitors, which is frequently portrayed as ultra macho and devoid of a particular set of emotions that don’t a line with the bravado associated with boxing.

Unlike any other boxing film I’ve seen before ‘Journeyman’ packs an emotional punch and keeps on hitting. The central, and supporting performances for that matter, are emotive, relatable and at times hard to witness but wholly worth it as part of a touching narrative. This isn’t a Hollywood boxing spectacle but instead an intimate look at the potentially devastating effects the sport can have on the home life of those involved. It’s eye-opening, inspirational stuff and proves just what a talent we have in Paddy Considine.

Question: What is your favourite Paddy Considine film performance?
(Leave your answers in the comments section below!)

One thought on “Journeyman”