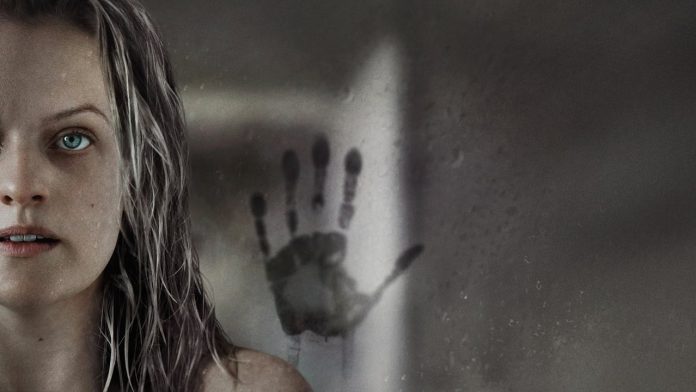 Originally intended to be the Johnny Depp lead component of Universal’s now failed Cinematic Dark Universe, ‘The Invisible Man’ is now appearing on screens under very difference circumstances. Horror writer/director Leigh Whannell was recruited after the initial plans fell through and he fulfills both of these roles on this film. Elisabeth Moss stars in the leading role with Oliver Jackson-Cohen playing the title character, but should ‘The Invisible Man’ just have stuck with the initial disappearing act of the Dark Universe?

Those who have followed Whannell’s career in the horror genre will know what a talent he is. From his work on the ‘Saw’ and ‘Insidious’ franchises to his most recent triumph ‘Upgrade’ he’s without a doubt one of the genre’s most talented individuals working today. With these countless successes under his belt he’s already proven himself but now being handed one of the most iconic horror characters of all time it feels like a much deserved reward for his achievements in the genre. Of course taking on a project like this is also a massive risk but Whannell more than rises to the occasion reinventing this character and their story for the 21st century in spine-tingling fashion. A lesser director may have told this story from within only one genre, most likely science fiction. However, here Whannell creates a masterful blend of horror, sci-fi and action with his trademark style all over it. Alfred Hitchcock is famously quoted to have said that “There is no terror in the bang, only in the anticipation of it.”, and Whannell’s remarkable work here is proof of that. Working with this unique character brings with it its own set of challenges, predominately how can something invisible be scary? A question audiences might wonder before seeing the film for themselves, but be assured that Whannell doesn’t disappoint with this aspect making ‘The Invisible Man’ feel completely at home in the horror genre.

Fans of ‘Upgrade’ will be pleased to hear that Whannell translates much of his iconic style of shooting action that can be seen there straight into his production here. He balances the tone of the film excellently too, changing from blood curdling tension to high octane action in the blink of an eye. Both elements are as impressive as each other and when used together they make for a formidable cinematic combination. Whilst the invisible man may get top billing in terms of the title this film belongs to Elisabeth Moss and her stunning central performance. She leads this film with an unshakable confidence, never leaving audiences doubting the legitimacy of her situation. This is some of her finest work in her career so far and will quickly become one of her most memorable and celebrated performances. Her supporting cast are also strong, enabling her to lead with such ease and they all, but obviously Moss in particular do a fantastic job of acting against something that’s not really there.

‘The Invisible Man’ should delight horror fans, both casual and classic alike. It’s an impressive amalgamation of the best of Whannell’s work yet with a fresh feeling amongst a crowded genre. The narrative will have audiences gasping, grimacing and grinning throughout thanks to Whannell’s twisted storytelling and the gripping lead performance from Moss. ‘The Invisible Man’ won’t be disappearing anytime soon, surely set to be a modern favorite proving to be a timely reinvention of the classic character.

Question: What is your favourite film written by Leigh Whannell?
(Leave your answers in the comments section below!)