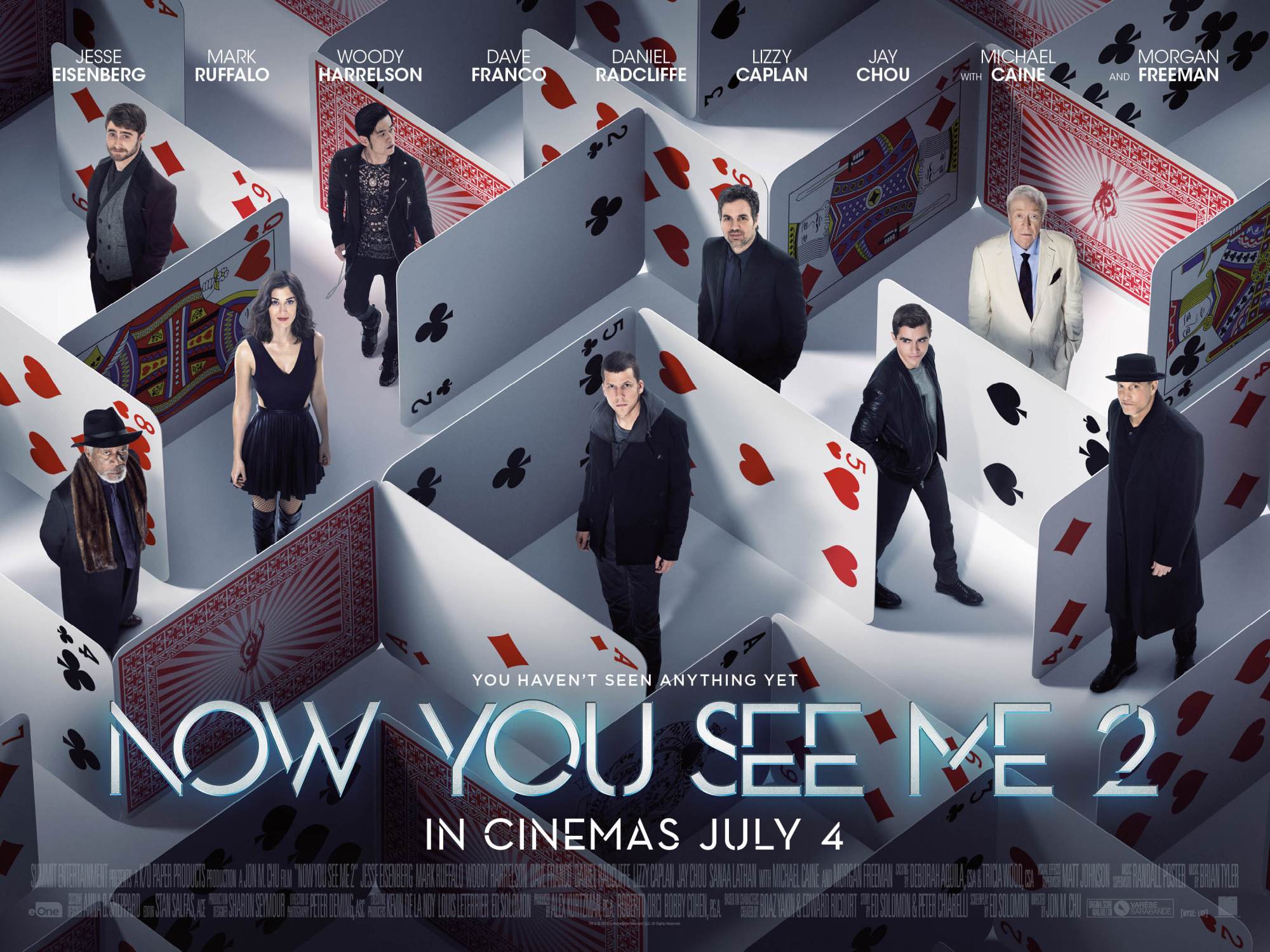 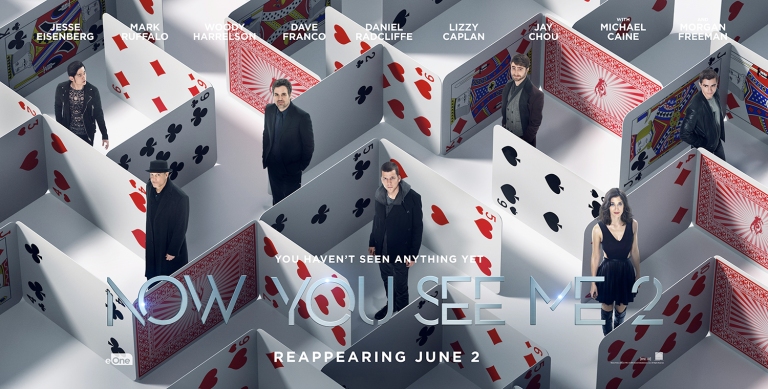 I can’t say that I was a fan of the original ‘Now You See Me’ film. At the time of watching it I suppose I thought that it was ok but as the months and years past I really developed quite a strong dislike for the film. It’s no shocker that I didn’t welcome the news of a sequel. However my biggest gripe with the whole sequel thing was that they didn’t name it ‘Now You Don’t’. Certainly missed a trick there.

The main problem I had with the original film was that it didn’t reveal enough of it’s tricks. If the audience doesn’t get an explanation for many of the tricks on show then it meant that the film could literally do anything it wanted to and the audience just has to accept that it’s  a clever trick. This issue flows straight into the sequel as well. However, I have to say that more of an effort was made this time round to keep the audience in the loop of what was actually happening. This was highlighted wonderfully by a sequence in the middle of the film where our team attempt a heist and must keep a playing card hidden from a collection of security guards. This was a brilliant, if a little daft, sequence because the audience were in on the trick, you could appreciate what the characters were doing and enjoy the action more so as a result. It’s a shame that this approach couldn’t be adopted for more of the film. So while the sequel progresses in this respect the overall narrative manages to be even more convoluted than the original film being at times far too ridiculous to take seriously. Although the score by Brian Tyler does a good job of sweeping you up into the mayhem and creates a tone that allows for this cheesy razzle dazzle.

Most of the cast return, with Isla Fisher being traded in for Lizzy Caplan. This is a trade that any movie should take. Caplan was much better than Fisher, who really wasn’t great in the first film. Some of the comedy her character adds isn’t the best but overall I liked her addition to the cast. The core group of the horsemen return including Dave Franco, Woody Harrelson, Mark Ruffalo and Jesse Eisenberg. They have quite a good chemistry between them and Harrelson seems to be playing the fool this time round with a much more obvious attempt to make him the comedian amongst this group of magicians. This like much of the film has mixed results. Harrelson has double the work to do this time round though, why, I will let you find out when you see the film, just know I thought this whole narrative element was beyond stupid. Who could forget our very own Harry Potter though? Yes that’s right Daniel Radcliffe stars in the film too. However, once the gimmick of seeing Hazza P in a film all about magic wears off, and it does almost instantaneously, Radcliffe fails to add much. Overall the cast are fine, the poorer performances can be attributed to weak character writing mostly.

‘Now You See Me 2’ is sometimes fun but often boring. The issue I had with the first film leaving too much unexplained reappears here but also with attempts to rectify this. For those few moments the film becomes so much more watchable and at times I did enjoy myself. The cast and characters are a very mixed bag but they have decent enough chemistry to make a sequel that wasn’t hateful and dare I say it slightly more entertaining that the original. Still nonsense though.

Question: What is your favourite film that focuses on magic?
(Leave your answers in the comments section below!)